The seam production process is carried out in steel drum production. Generally, the thickness of the steel sheet for steel drum is 0.6 to 1.25 mm. From the use situation of our factory, when the barrel with a thickness of 1.2mm is seam welded, the wrinkling problem caused by thermal deformation is lighter, and the subsequent processes such as: edge-trimming, expansion rib, rolling ripple, etc. Good correction has little effect. However, when making small barrels, steel plates with a thickness of less than 0.8mm are often used, and the welding deformation is more serious. The convex and convex concaves and concaves greatly affect the appearance, while the barrels have fewer ring-shaped ribs, and there is no leveling effect. The problem is more prominent. . The deformation is shown in Figure 1. , 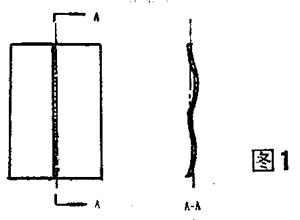 Steel drums are just a kind of transport package, and it doesn't matter how beautiful the appearance is. However, with the development of steel drum technology, the market competition pressure has increased, and the appearance quality has been mentioned on the agenda. Not only do you have to work hard on the barrel, but you also have to work hard on the steel drums and printing. Therefore, the adverse effects of eliminating the thermal deformation of the barrel are of great significance to the steel drum factory. ,

First, the mechanical factors of deformation

The seam welding heating is from one end of the barrel to the other end. Although the heating is regular, the local deformation caused by the thermal expansion caused by heating is uneven. A large internal stress is generated throughout the weld and its vicinity. From the Euler's formula in material mechanics, it can be known that any elongated rod material will be unstable and bent when subjected to a certain pressure. A similar phenomenon occurs when the plate material is subjected to compressive stress.

For example, when welding two sheets of 1.2Ã—300Ã—30mm steel plates, the amount of overlap is lOmm, spot welding is performed at intervals of 100 mm, and then seam welding is started, as shown in Fig. 2. In the first section, point A first thermal expansion, and two spot welds produce a force that resists thermal expansion. Generally, the thermal expansion of solids cannot be prevented, and only the direction of expansion and flow can be changed. When the expansion occurs, the overlap of the steel plate will decrease, and as the seam welding continues, the change will continue, and the resistance at both points B and C will increase. When seam welding proceeds to a point between A and B, if the accumulation of force reaches the instability critical force Pcr, deformation will occur. Because only the deformation can eliminate the internal stress and reach a more stable state. 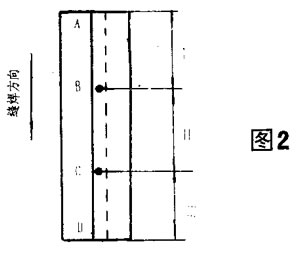 The elastic deformation Â£ and the amount of thermal expansion Î” can be calculated from some performance values â€‹â€‹of the steel. Generally, the tensile or compressive ratio limit of low carbon steel is Ïƒpâ‰ˆ200MPa, and the elastic modulus Eâ‰ˆ196ï½ž206GPa is obtained according to Hooke's law.

Î”>>Îµ indicates that the amount of thermal expansion is much larger than the range of elastic deformation, and only the curvature from the vicinity thereof compensates for the difference, so the amount of overlap is always reduced.

The situation in paragraph II is the same as in the first paragraph. Paragraph III is slightly different because the D end is free. However, basically, the amount of overlap is reduced to a certain extent and the deformation is wrinkled.

Second, the deformation of the welding process factors

Seam welding is similar to spot welding in that it uses the resistance heat of the current. However, the electrical resistance distribution between the two steel sheets in contact with each other is very uneven. The resistance and temperature distribution of each part can be seen from Figure 3. After the power is turned on, the contact surface is heated farther than the other parts, and rapidly heats up to form a nugget. The thermal expansion of this part is also the fastest and most intense, and the other parts are much slower. Thus, the thermal expansion of the nugget zone is pinned by the non-nuclear zone. In the case of a certain penetration rate, the larger the plate thickness, the larger the non-nucleating zone, the greater the pinning force, and the effect is naturally better.

Figure 4 shows the current distribution and nugget area of â€‹â€‹a pulse during seam welding. It can be clearly seen from the figure that the non-nucleation zone has a thermal expansion pinning effect on the nugget zone, and at the same time, the hysteresis distribution of the current can also suppress the phenomenon of the reduction of the overlap caused by the partial thermal expansion.

Another factor is the nugget or pulse density. Obviously, the density is large, and the thermal expansion is added more, which is not conducive to improving the appearance of the barrel. If the density is too small, it will leak, so it should be properly controlled.

The reason is basically as described above. In order to completely solve the problem of deformation wrinkles, the key is to improve the welding process. The existing seam welding process is not very suitable for this aspect of the requirements, often to lose sight of it. The best way is to weld the entire edge at the same time. The problem is that the instantaneous current is extremely large and the current distribution is difficult to ensure uniformity. Others such as electrode pressure, penetration rate, etc. are unpredictable.

Solving this problem from other angles is still somewhat effective. For example, according to the deformation wrinkling situation, the deformation center and the barrel ring rib or the position of the corrugation overlap. The multi-spot welding distance has a great influence on the deformation, and the spot welding distance can be adjusted to a size as small as possible to make the deformation as small as possible; The kegs are mostly used to hold solids, and the penetration rate is relatively low. According to this feature, the current intensity, the number of welding weeks, the number of suspension weeks, the connection speed, and the like can be adjusted to an appropriate range.